I-T - No TDS on roaming charges paid to other telecom operators: ITATCBIC notifies Customs exchange rates for import and export purposesFire breaks out in Serum Instituteâ€™s premises located in Pune SEZNon-constitution of GSTAT - Bench is unable to understand as to how the present petition would be maintainable as it does not seek any specific relief: HCWork being undertaken by Appellant is predominantly used for the main activity of govt. entity i.e. transmission (sale) of electricity, therefore, not eligible for GST @12% - AAR order upheld: AAARGST - Provisional attachment u/s 83 of cash credit account maintained with Bank is not sustainable in law: HCGST - Assessees being compelled to fill up form DRC-03 - Department is expected to proceed in accordance with law - Bench takes a very serious view - no coercive steps: HCST - For entertaining WP in the wake of alternate remedy, petitioner has to demonstrate that the order impugned was passed in defiance of fundamental principles of judicial procedure or in utter violation of principles of natural justice: HCIndia adds over 15,000 new cases as vaccination drive continuesFlipkart's 7.8 per cent acquisition of Aditya Birla Fashion and Retail gets CCI nodGST - Section 50 of Act - Period before amendment - Interest only on the net cash tax liability, as clarified by Press Release and CBIC Instruction: HCUnion Budget in zoonotic shadow of COVID-19 - Whether Wintry or Hot-wired?ST - O-i-O passed without granting personal hearing to assessee - matter remanded for fresh hearing within 3 months' time: HCI-T - A common order of approval cannot be passed by JCIT for passing assessment order for non-abated assessments u/s 153A for different assessment years : ITATGrow bags are correctly classifiable under CSH 3923 2990 and attract GST @18%: AARDistinct person - Transfer to branches located outside the State - Value to be adopted is in terms of rule 28 r/w s.15 of the Act, 2017: AARContention that DGGSTI investigation is 'generic' is not sustainable as the same is relating to 'class of products' supplied to Indian Railways - Application rejected: AARGST - Drilling of Bore wells in agricultural land is not 'Support Service for agriculture'; not entitled for exemption: AARGST - Compressor is not an agricultural machinery - Letting out the same is not a Support service for agriculture so as to be held exempted: AARIndia sends COVID-19 vaccine consignment to BangladeshPenalty u/s 271AAb cannot be levied even if there is no search u/s 132: ITATDeduction u/s 54EC & 54F can be granted when transfer of tenancy rights are assessed under head capital gains on grounds that no purchase price was paid for tenancy: ITATThe Uniform Accounting Standard for revenue recognition for ARCs recognize upside income if a non-charitable trust suffers shortfall of recovery over purchase consideration: ITATCX - If dutiable goods are not accompanied by proper invoices, onus lies on Revenue to determine who procured such goods & from where - Penalty u/r 26 of CER 2002 is unsustainable if imposed without any such investigation: CESTATCus - Import under EPCG license - DGFT issued EODC after raising duty demand for non fulfilment of export obligation - case remanded for re-consideration: CESTAT 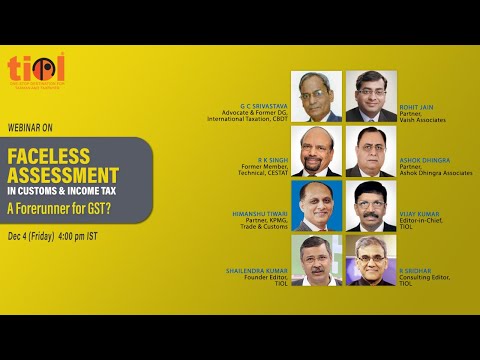 January 21, 2021
Companies Act - Under CFSS-2020, disqualified directors must be permitted to be appointed as directors of other companies if they have undergone a substantial period of their disqualification - HC
January 21, 2021
SEBI Act - If person proves that offence is committed without his knowledge or that he has exercised due diligence to prevent commission of offence he should not be held guilty - SAT