ST - No 'toleration' here - Notice pay, in lieu of sudden termination, does not give rise to rendition of service either by the employer or employee - s.66E(e) of FA, 1994 not attracted: HCApplications invited for post of SEBI ChairmanCoronaVirus - About 30K pax screened; No positive case detected so farIncome tax refund surpasses Rs 1.7 lakh crore in current fiscalGST - An agenda for reforms - Part - 71- Drafting sustainable provisions in GST lawDefExpo - Over 1000 Companies from 70 countries confirm participationST - Supply of packaged software to end user & charging license fee, results in transfer of right to use software - Such transaction is deemed sale as per Article 366(29A) & will not attract service tax: CESTATCus - In the proceedings under Customs Act, 1962, CHA has been cleared of all allegations - foundation of allegation having failed, forfeiture of security deposit cannot sustain: CESTATCX - Claim for Cenvat credit is not absolute - Assessee must prove receipt, storage & use of inputs/capital goods to manufacture final products or intermediate items used in final products, to justify claim: CESTATCus - Adjudication process cannot be interfered with as it is left on discretion of authorities concerned & with expectation that applicable rules & laws would be followed: HCRe-opening of assessment is invalid if based on change of opinion & where no clarifications are sought from assessee within 4-year limitation period: HCIf AO deals with assessee's objections to re-assessment point by point, it does not entail that presumption of validity of reasons to believe, have been rebutted by assessee: HCExpenditure incurred on daily basis, on account of legal assistance sought, is to be treated as revenue in nature: HCAdditions framed u/s 68 are not tenable if based solely on statements not corroborated by further evidence & without permitting cross examination of the deponents: HCIf scheme of merger is approved & assets of amalgamating company are transferred, then amalgamated company is eligible for depreciation on goodwill under Explanation 3(b) to Sec 32(1): ITATAP Assembly votes for abolition of Legislative CouncilWest Bengal Assembly joins list of States to pass resolution against CAA 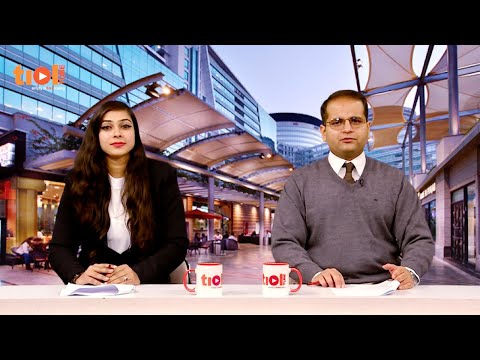 January 27, 2020 | Companies Act
Companies Act - Even though person objecting scheme does not hold minimum threshold limit of shares or outstanding debt still Tribunal has duty to look into issue so as to see whether scheme as whole is just, fair and reasonable: NCLAT
January 27, 2020 | SARFAESI
SARFAESI: During pending litigation, auction sale of two properties of borrower is coercive process undertaken by lender bank in hasty manner if sale notice is served for less than 30 clear days and properties are sold for less amount than value at which borrower seek right of redemption and settle the account on its own: HC