Import Policy amended for random sampling of LED productsAll Opposition parties minus Congress protest against GST Compensation issueGST Compensation Row Should Aid Enactment of Govt Debt LawHarsimrat Kaur protests against farm bills; puts in papersAnti-Profiteering under GST - An analysis of the nature and structure of NAACus - Non-implementation of appellate order strikes at the very root of administrative discipline - result will be undue harassment to assessees and chaos in administration of tax laws: HCCus - Even if any prayer is made, that cannot be a ground to compel the owner from accepting provisional release of goods with conditions despite there being an appellate order in his favour: HCCX - Principal manufacturer is not liable to pay duty on waste & scrap generated by job worker in course of processing of goods sent by the former: CESTATCX - Refunds processed under Notfn 32/99 are also covered u/s 11B of CEA & upon attaining finality, parallel proceedings for recovery of alleged erroneous refund u/s 11A are not maintainable: CESTATST - Appellants have rightly discharged service tax as recipient of service in terms of 2nd proviso to Rule 7 of the Point of Taxation Rules - Condition No. 3(f)(ii) of 40/2012-ST cannot be misconstrued to deny refund: CESTATST - Refund - Rule 5 of CCR - While arriving at the value of total turnover, there is no requirement to include the amount of export invoices for which payment has not been received: CESTATRegistration u/s 12AA cannot be denied to a trust even if its charitable activities have not yet commenced: ITATCIT(A) is obligated to decide an appeal on merits & cannot dismiss appeal for non-prosecution: ITATIf an amount is offered to tax as income in suceeding AY, additions need not be framed in respect of such income, during the current AY: ITATFraming of any additions to assessee's income is per se insufficient grounds to impose penalty, where no concealment of income or funishing of inaccurate particulars is attributable: ITATAdditions framed for unexplained cash credits are sustainable if assessee gave no justification for shares being subscribed at high premium, despite having a very nominal income: ITATCBIC notifies Customs exchange rates for export & import purposesCOVID-19: Global tally goes past 3 Crore with 9.47 lakh deaths, including over 2 lakhs in USA; 1.35 lakh in Brazil & 84K in IndiaIncome Tax raids hotelier at many places in Jammu & KashmirGovt re-activates micro-industrialization process in Rural IndiaGST - Breezily e-invoicing amidst COVID-19 - Voicing concerns crawling lately!Provisional release of seized goods - A comparison under CGST Act, 2017 & CA, 1962 (See 'The Insight' in Taxongo.com)No single transfer policy for all govt employees: MoSCriminal Law Reform Committee collecting suggestions from all quartersNCAP to achieve about 30% dip in Particulate Matter Concentrations by 2024Special Pax Trains score 82% average occupancy: GoyalRights of power consumer - Govt invites inputs to Draft RulesAmerica goes Japanese way; likely to offer tax breaks and subsidies to companies for shifting factories from ChinaLaw on extension of Compensation Cess and other ground realities 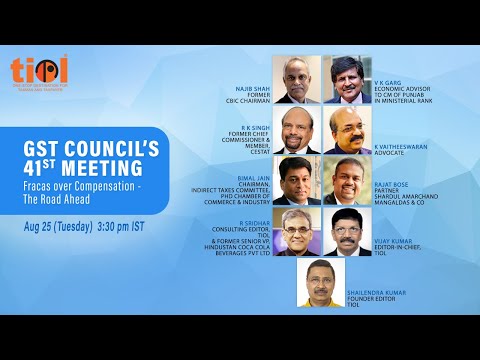 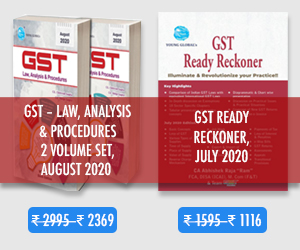