Job Work - RedefinedST - New pleas can be raised for the first time before the Appellate Authority, if it is established that such grounds are bona fide and were not raised earlier for good reasons: CESTATTerrorism most important challenge faced by the region: India at SCOAdmission of additional evidences by CIT(A) without providing an opportunity of being heard to the AO while finalising the Block Assessment, is invalid: HCWhere a research project relating to scientific development, has received approval as per Rules 18D & 18DA of the I-T Rules, it is not open to the AO to question the approval so granted: HCRe-assessment proceedings are invalid if notice u/s 143(2) is issued beyond the prescribed statutory limit: ITAT30 lakh paddy farmers benefit from Kharif Marketing Season Procurement OperationsExpenditure incurred on replacement of Jigs and fixtures qualifes as revenue expenditure: ITATKVIC Honey Mission helps UP migrant workers earnDighawara-Bandikui railway route electrified between Ajmer and DelhiMilling of paddy - By-products form part of compensation but not consideration - Value of broken rice, bran and husk cannot, therefore, be treated as part of the consideration for levy of GST: HCGST - Orders of public servants, some of whom are quasi judicial authorities, which have far reaching effect on the life, liberty, property and welfare of the public must be based on cogent reasons: HCCAROTAR Rules, 2020 - Is the remedy worse than the disease? (See 'THE INSIGHT' in Taxongo.com)Modi seeks suggestions on regulatory process from teams working on COVID-19 vaccineRole of human scorer is a means to ensure reliability of specialised computer program called Automated Essay Scoring (AES), therefore, involvement of human element is well within realm of 'minimum human intervention' - Type-3 test is also an OIDAR service: AAARStoring finished goods in outside godowns - In current era of liberalisation and simplification of law and procedures, recovery of MOT is no longer warranted - refund ordered with interest: HCIncome tax raids IT SEZ developer; searches 16 premises in Chennai, Mumbai & HyderabadCommon businessman is admittedly having difficulty to understand GST Act and the procedures they have introduced - Interpretation should be done in a way to facilitate business and not in a perverse manner: HCGovt grants Rs 900cr to accelerate COVID-19 vaccine developmentCus - Rectification of mistake - Tribunal inadvertently set aside issue of duty, fine & penalty collected in respect of undeclared goods - Order modified to such extent: CESTATARTPARK in Bengaluru to promote technology innovationsST - Aggrieved party can seek rectification of mistake beyond 6 month limitation period - reasons for delay must be shown & injustice caused by error must be established: CESTATCX - Sale of aerated water bottle crates attracts VAT/Sales Tax - such transaction is deemed sale involving transfer of right to use with effective control & possession of crates - No service tax leviable in such case: CESTATModi's Mann ki Baat: Agricultural reforms opened new doors for farmersPower of revision u/s 263 cannot be exercised solely because in original assessment order, AO relied upon precedent judgment which was subsequently reversed: HCDisallowance of R&D expenses claimed u/s 35(2AB) is untenable, where no reasons are recorded in respect of such claims: HCFailure to comply with directions in notice issued u/s 142(1) is a technical default at best & for which penalty u/s 271(1)(b) cannot be imposed: ITATRegistration u/s 12AA cannot be denied to Trust where its objectives are undisputedly charitable in nature & if all records of corpus donation received & assets purchased, are submitted: ITATOver 100 farm workers massacred by armed militia in NigeriaIncome tax raids IT SEZ developer; seaches 16 premises in Chennai, Mumbai & HyderabadÂ Chennai Airport Customs seizes gold worth Rs 1.57 Cr from pax coming from Dubai30 Afghan security personnel killed in car bombingHigh-Voltage Panel discusses inputs for STPI 2020 policy 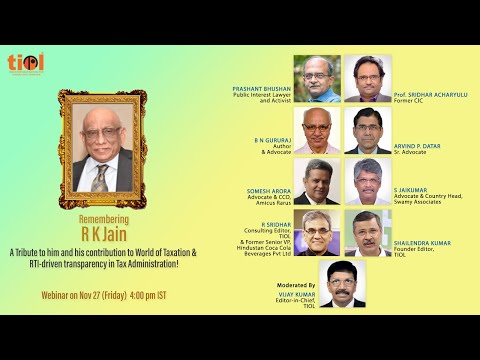 December 01, 2020 | IBC
IBC - Application for initiation of CIRP in respect of default committed before 25th March, 2020 but filed before 05th June, 2020, date on which IBC (Amendment) Ordinance, 2020 came into force, would be maintainable in view of express bar created by main provision of Section 10A: NCLAT
December 01, 2020 | PMLA
PMLA - Public interest, HC can direct to put assets to utility that are under attachment as per PMLA rather than let them remain frozen without use: HC