Proliferate Litigation as much as you can

Faltering Cooperative Federalism - No consensus in GST Council - Can the GST Council stop a State from borrowing?

GST Compensation - A tale of '3 Ps' blustering for no kosher reason!

Acts of God and GST Compensation

Pranab Da - The 'Gulliver' of Indian Taxation is gone!

GST - Sec 50 - No recoveries of interest for past period: CBIC

India-China Face-off - A peep into tetchy shades of Chinese Diplomacy! 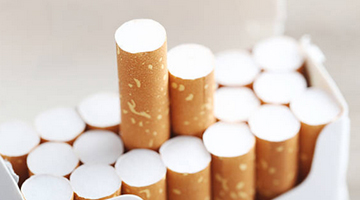 NEW DELHI, AUG 24, 2020: PUBLIC health groups, doctors and economists have urged the GST Council to increase compensation cess on all tobacco products that can provide additional tax revenue of Rs. 49,740 crores. This additional revenue could significantly contribute to the increased need for compensation by different states during the pandemic and to disburse the dues already owed by the Centre. They all are appealing to the GST Council to, as an extra-ordinary measure, to apply the compensation cess on bidis and also increase the existing compensation cess applied on cigarettes and smokeless tobacco products during the upcoming meeting of the GST council.

A representation given by the VHAI to the Council notes that according to Dr Rijo John, Economist & Health Policy Analyst - "Unprecedented financial resources will be needed for the country to recover from the economic shock COVID-19 has created. Even though imposing additional taxes on the general public might not be a viable policy option when consumption needs to be boosted, compensation cess on tobacco, could be a win-win as it will discourage tobacco consumption while bringing in substantial revenue for the government. A Rs. 1 compensation cess per stick of bidis and significant cess increases on cigarettes and smokeless tobacco products are expected to generate additional tax revenue to the tune of Rs. 50,000 crores.''

Proposed Compensation Cess on tobacco products and its Impact

"Increasing compensation cess on all tobacco products, including bidis, is a winning proposition for Government as it will provide the much needed additional tax revenue for COVID 19 stimulus package for providing relief to the people of the country while motivating millions of tobacco users to quit and preventing youngsters from initiating tobacco use" - Ashim Sanyal, COO, Consumer VOICE

Increasing taxes on all tobacco products will not only reduce their affordability and therefore consumption, but also to limit the increasing health and fatal damages caused by tobacco. Tobacco smoking is a known risk factor for many respiratory infections and increases the severity of respiratory diseases. Early evidence from China and Italy has found that patients with underlying health conditions and risk factors, including smoking and diseases linked to smoking, may be at greater risk for severe outcomes or death from COVID-19.

The Press Release further states that the WHO recommends total taxes to represent at least 75% of the retail price for all tobacco products. Currently, the total tax burden (tax expressed as a percentage of final retail price) is only 49.5% for cigarettes, and 63.7% for smokeless tobacco in India, well below the minimum recommended by the WHO. Bidis, on the other hand, enjoy an extremely low tax burden of only 22% despite being at least as harmful as cigarettes, and are smoked by almost twice as many Indians as cigarettes, resulting in an estimated annual economic costs from diseases and deaths to the tune of Rs. 805.5 billion, or 0.5% of India's GDP. Although there has been a small increase of National Calamity Contingent Duty (NCCD) on cigarettes and smokeless tobacco in the Union Budget 2020-21, all tobacco products have become more affordable over the past three years since the GST became effective in 2017.

"There is ample evidence about bidis being the killer and not the pleasure of the poor. These should be made unaffordable for the poor to save them from a lifetime of misery and suffering," Dr Harit Chaturvedi, Chairman of Max Institute of Cancer Care.

India has the second largest number of tobacco users (268 million or 28.6% of all adults in India) in the world - of these at least 12 lakh die every year from tobacco related diseases. The total direct and indirect cost of diseases attributable to tobacco use was a staggering Rupees 1.04,500 crores in 2011 or 1.16% of India's GDP.